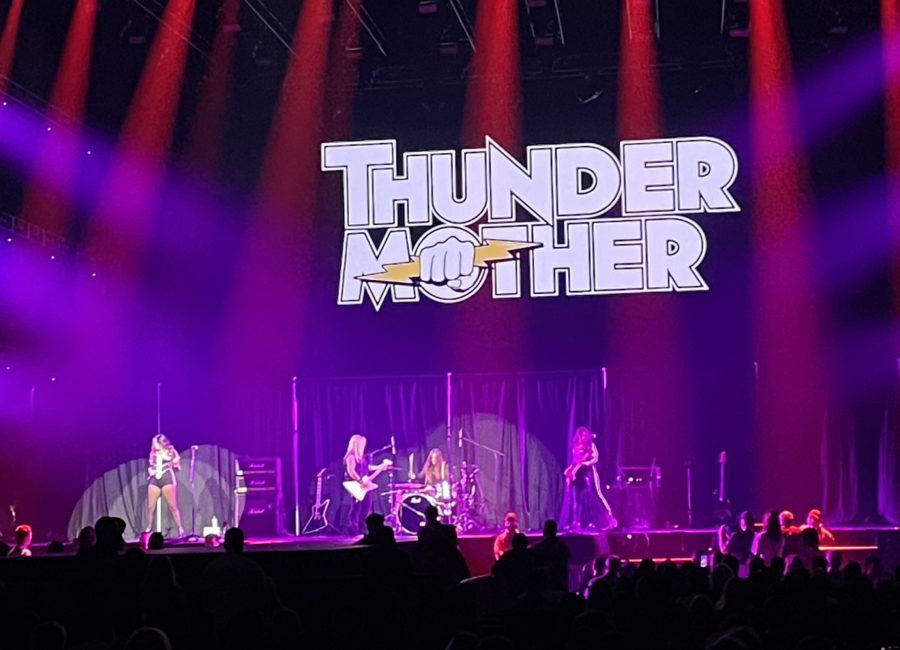 Thundermother are touring (supporting the Scorpions) in Canada and the USA. This news spread via social media in April. As a fan, it was clear to me that I had to be there. The concerts in San Diego and Los Angeles in early October should be. Flights, hotels and rental cars booked, then it was time to wait until departure. The tour started in Toronto at the end of August and there was a moment of shock. Thundermother weren’t there. Excitement is expected very quickly and a post by the band on Facebook provides clarity. The visa is not available in time. So the band’s adventure started a few days later in Quebec City, Canada.

What is the reaction from the audience? Youtube videos and entries in the Scorpions Facebook posts showed very positive feedback. Thundermother works on the other side of the Atlantic. This should be shown again and again in the further course of the tour.

So on Saturday October 1st, 2022 I’m standing in front of the Viejas Arena in San Diego. This arena is located on the campus of the University of San Diego and is mainly used for basketball games, although a number of well-known bands have also played concerts there. As one of the few visitors with a Thundermother shirt, I stand out and so the first conversations with the other fans who are waiting to be admitted are already taking place. I learn from the conversations that people have informed themselves about Thundermother and are excited about their show.

The lights go out, the show starts, Thundermother step on the gas pedal and don’t let up for a second during the next 40 minutes. So that the visitors in the back rows can hear everything, the show is shown on the two large LED screens next to the stage. That’s not something you can take for granted in a support band. The longer the show goes on, the more people get up, dance in the stands and applaud after the songs. In the end, the estimated 8,000 people in the 13,000-seat arena are completely enthusiastic. Standing ovation and long-lasting applause are the proof. After the Scorpions show, there will be an open-air autograph session. The weather in Southern California allows it even in October. Every wish for a photo, small talk and signature is patiently fulfilled. After more than an hour, this rewarding task is also completed.

The processes a few days later in the legendary KIA forum (formerly Great Western Forum) are similar to the show in San Diego. Thundermother thrilled the audience so much that a local broadcaster noticed the band and invited them to a talk show the next day.

Thundermother want to conquer the world with their music. They are already off to a very good start in the US and Canada and I wouldn’t be surprised if 2023 sees similar news to the one I started with. 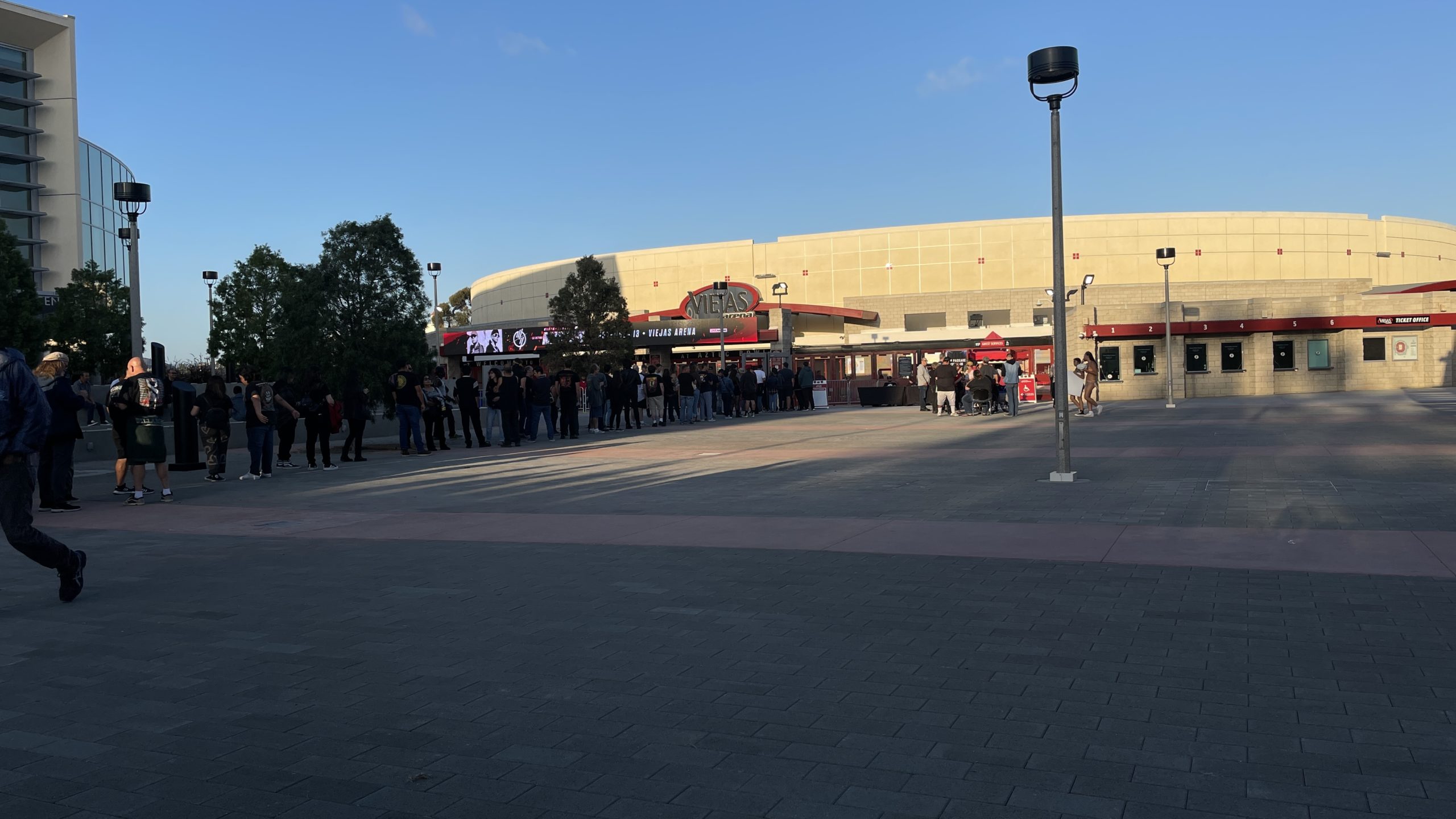 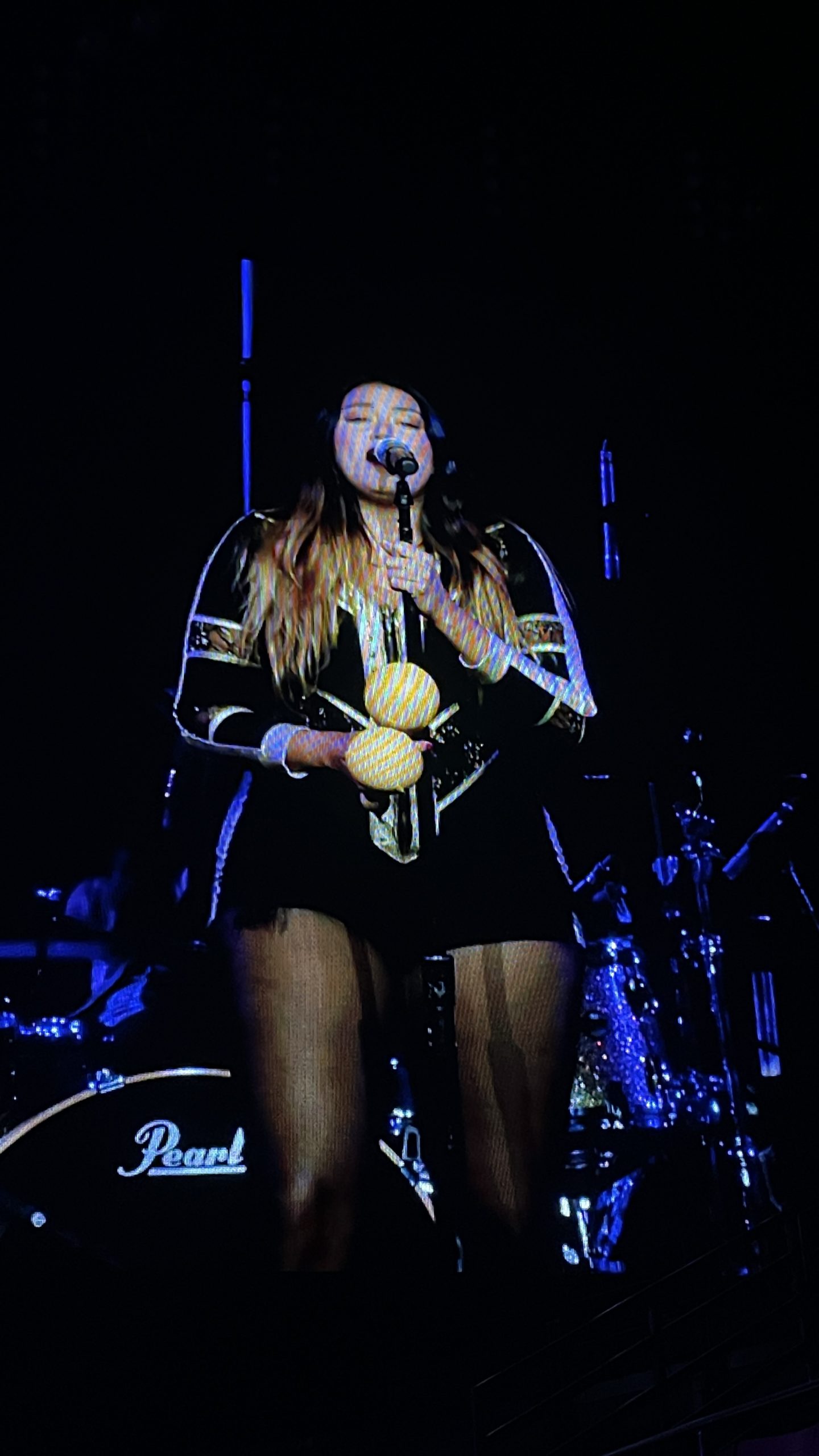 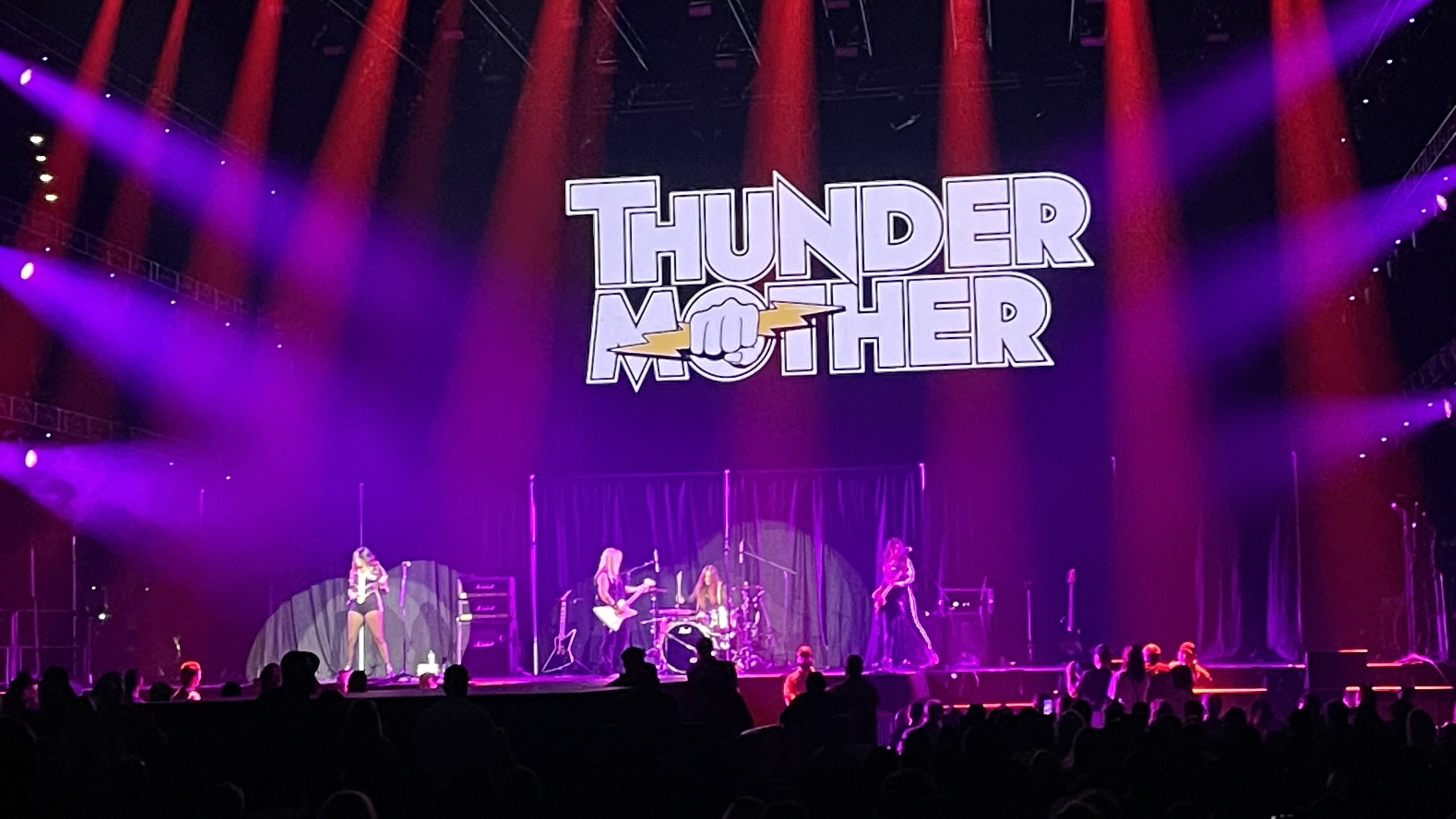 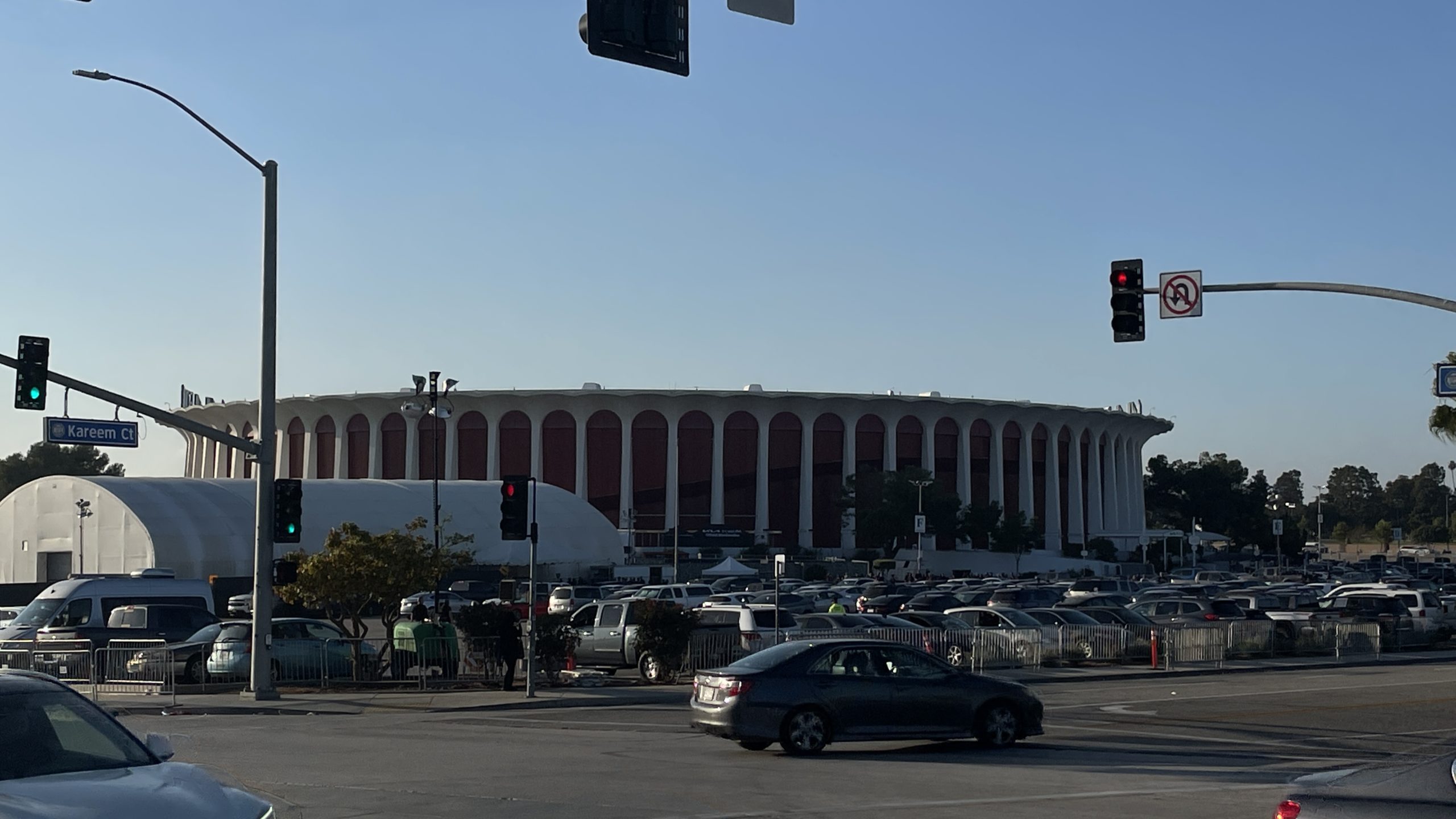 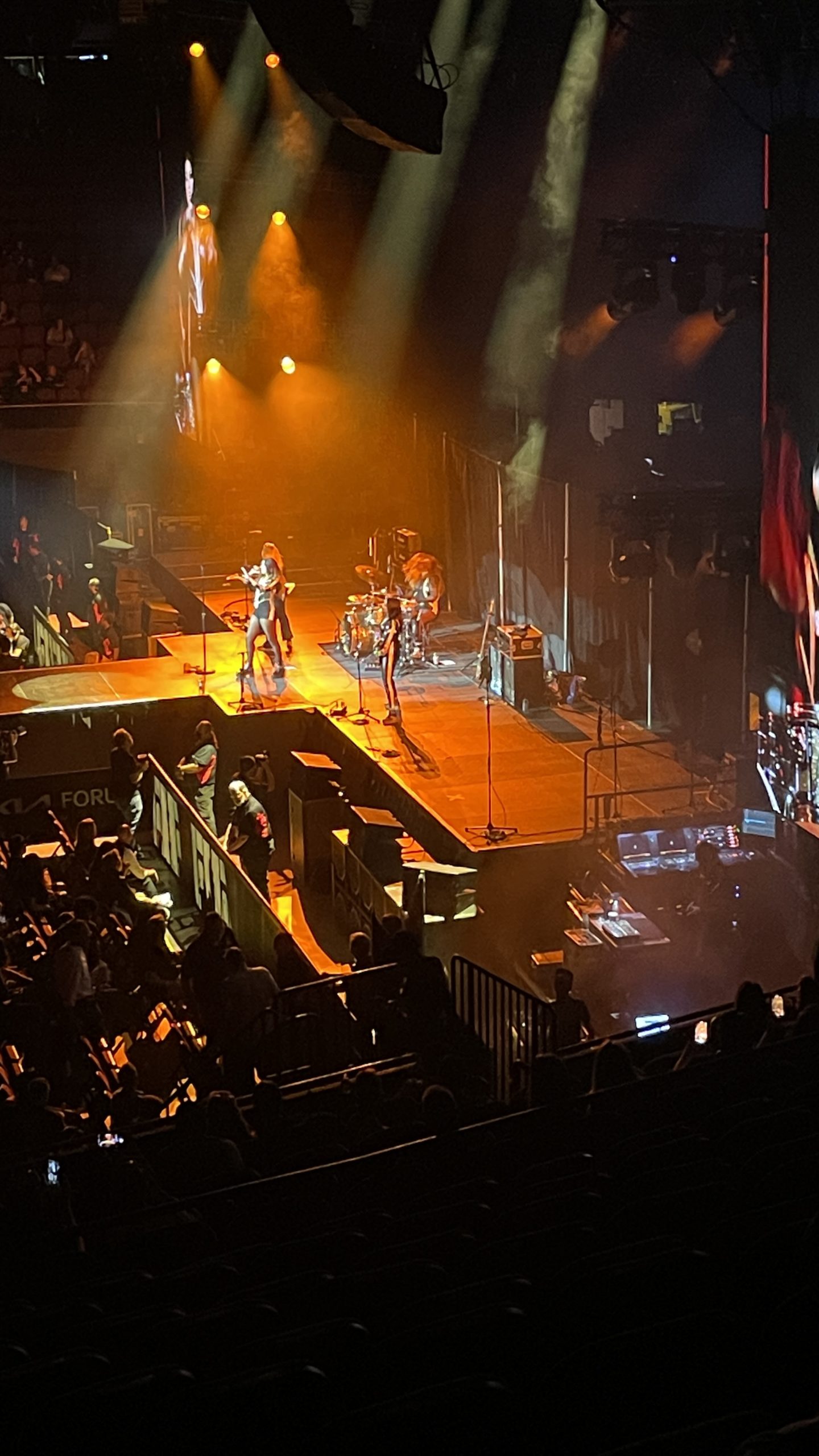