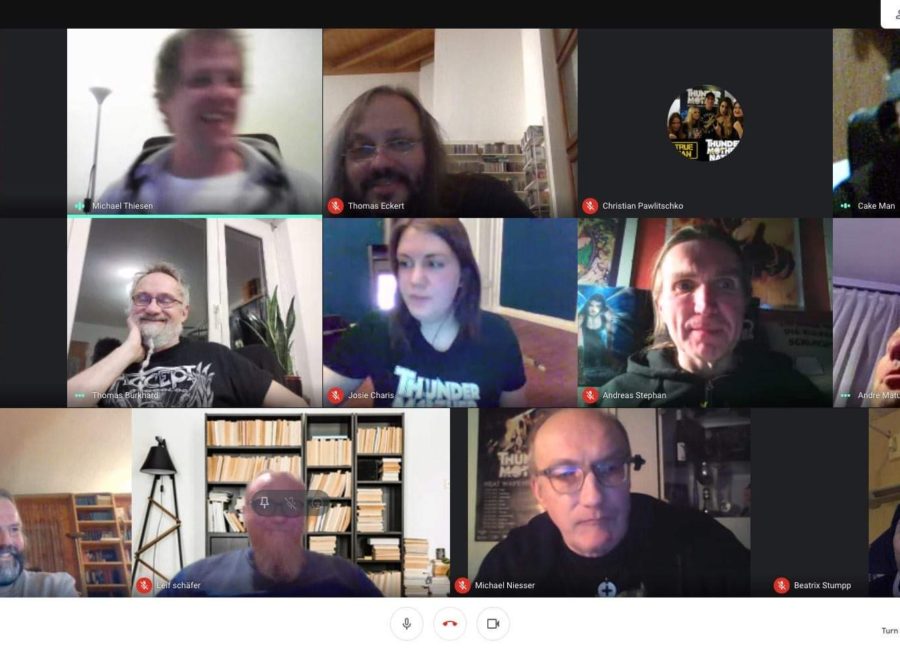 The band has again invited to the Music and Gossip Hangout for the members of getnext.to/thundermother and numerous members have accepted this invitation. Here is a little summary:

Filippa, Guernica, Emlee and Majsan talked about their daily routine without a concert. Filippa, for example, spends a lot of time in a studio tinkering with new songs and Majsan builds her own bass.

Michael Thiessen asked how the video shoot went over the weekend, and the band had already teased some pictures on the social media platforms. To keep the excitement and anticipation high, not much was revealed. The new single “The Road Is Ours” and the video will be released on March 11th, 2021. Great surprise for the members of getnext.to/thundermother, who can enjoy both on March 8th, 2021. The song will be 4:42 minutes long, making it one of the longer Thundermother songs. The first ideas for the song came up in summer 2020 and after that, the song was constantly being worked on.

This was followed by an entertaining exchange between the fans and the band and almost 90 minutes were up in no time. In March there will be another Music and Gossip Hangout with Thundermother. So if you want to be there next time, you should quickly become a member of getnext.to/thundermother. It is worth it ..