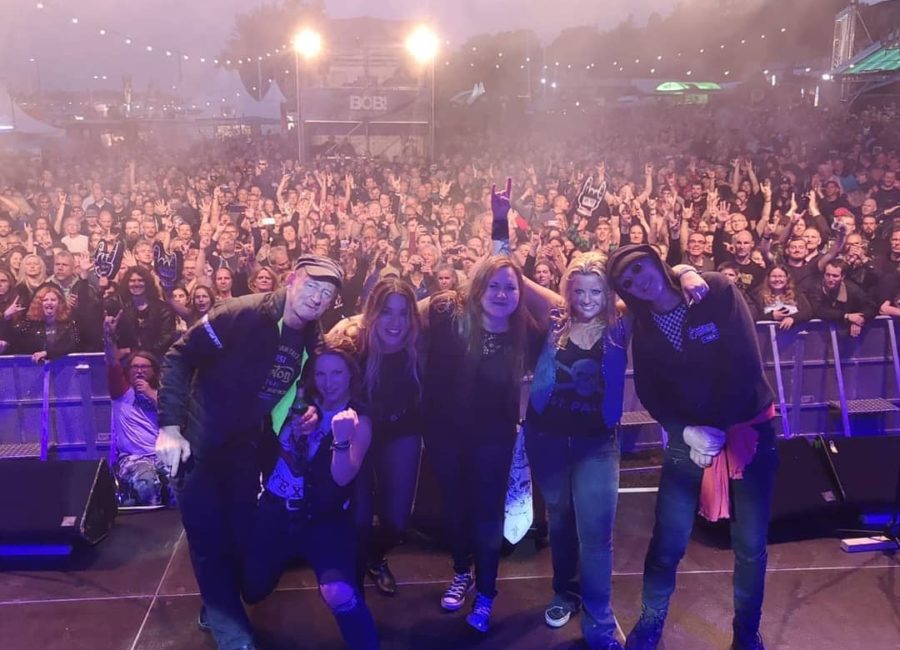 After the concert in Kiel is before the concert in Kiel. A good month after the performance at the University of Applied Sciences in Kiel, this time the girls can be seen on the Radio Bob stage at the Kieler Woche. Atypical for the Kiel Week, the weather was great and it was still midsummer night, the longest day of the year. This day is especially celebrated in the Scandinavian countries. Thundermother celebrate this year with the fans on stage and the area of the Reventlouwiese is also very well filled. As I was to find out later, Trixi, Yasmin and Hannes were also at this concert. This day is very important for the Thudermother fan base, because today the foundation stone was laid for the GERMAN THUNDERMOTHER FANS, Trixi or Yasmin will certainly tell the story one day. At the performance of the opening act (Kennsington Road), Emlee had a short guest appearance and showed her musical talent on the tambourine, much to the delight of the Thundermother fans who were already waiting. A special day calls for special guests and so there was a guest appearance by Brösel (alias Werner) and Andy Feldmann, who advertised the Werner race that took place later in the year and who had appeared on stage every now and then and played along. The girls were also booked for the Werner race. To crown the day, Filippa and Co. were guests at Machine’s Late Night Show on Radio Bob, which was broadcast live from Kieler Woche. I listened to the radio show in the car on the way back. The visit to the girls’ merch was canceled for me this time, because a lot of people had this idea and accordingly the cue was very long.